by Denielle B August 16, 2021
Jump to Recipe Print Recipe

I’ve never had banana-flavored macarons before, which means, that was going to be my next bake. These banana macarons are sweet and super banana-y!

So I’m trying to make macarons more often now that I’ve developed a good ratio for the ingredients. However, I’m not really a fan of just basic flavors for macarons (i.e., vanilla, chocolate, strawberry, etc.). I also didn’t have too many interesting flavors on hand, but I did have two bananas that were close to getting overripe. Initially, I wanted a banana cookie buttercream as a filling, but that didn’t work out, so I thought making a curd would be foolproof. It came out delicious!

Man, I failed so hard attempting the banana cookie buttercream. Andrew and I got all kinds of goodies from Trader Joe’s, one of which was cookie butter. I thought it would be good to pair cookie butter with bananas, and so I planned to make macarons using those two as a filling. Well, not only did it come out way too sweet, but the consistency was also all wrong. I even tried to salvage it by making chocolate cupcakes and using it as frosting, but alas, it could not be saved. Don’t worry though, I made good use of the remaining cookie butter in another recipe.

I still had bananas to use, and I really wanted to make macarons, so I thought, why not make a curd instead? Curds are so easy to make, and a great vehicle for any type of fruit. Plus, it’s really hard to get curds wrong, so I went with it. To be honest, I just eyeballed the ratios for the curd since I’ve made them in the past. It worked out pretty well! Adding a bit of lemon also counterbalanced the sweetness, so I’m definitely adding this recipe to my arsenal. 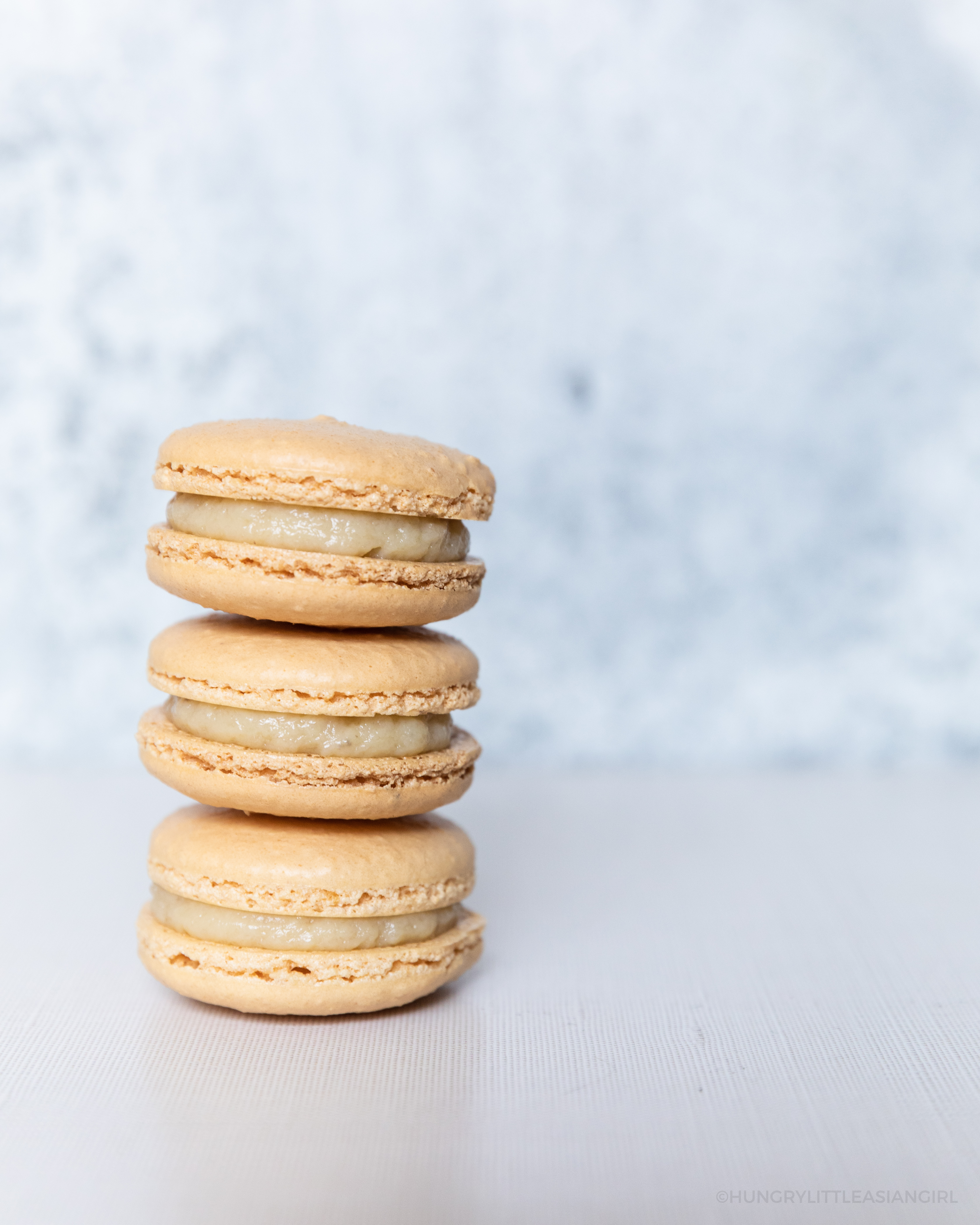 There’s not really a golden ratio for the macaron shells. However, I did end up stumbling upon a ratio of the ingredients that works for me, specifically for the Swiss meringue method. Feel free to use the calculator below (coded with the mentioned ratio) by entering the weight of your egg whites in grams. It will then provide you with the weight in grams for the almond flour, caster sugar, and powdered sugar.