by Denielle B August 26, 2021
Jump to Recipe Print Recipe

Basque cheesecake is not your typical cheesecake. For one, it doesn’t have a crust like a New York-style cheesecake. It’s also less fussy to make than your typical cheesecake. My version is not the most authentic, but adding a bit of lemon zest and vanilla bean paste brings a great depth of flavor to this dessert! And somehow, making it to fit a 6-in springform pan (instead of the standard 10-in) makes it feel less unhealthy. That’s how it works, right?

The Basque-style burnt cheesecake originated from a place called La Viña in San Sebastian, Spain. The original recipe only consisted of five ingredients: cream cheese, heavy cream, sugar, eggs, and flour. However, I like put my own spin on things (as usual), so I decided to add lemon zest and vanilla bean paste (you can also use vanilla extract instead).

This was sooo delicious! 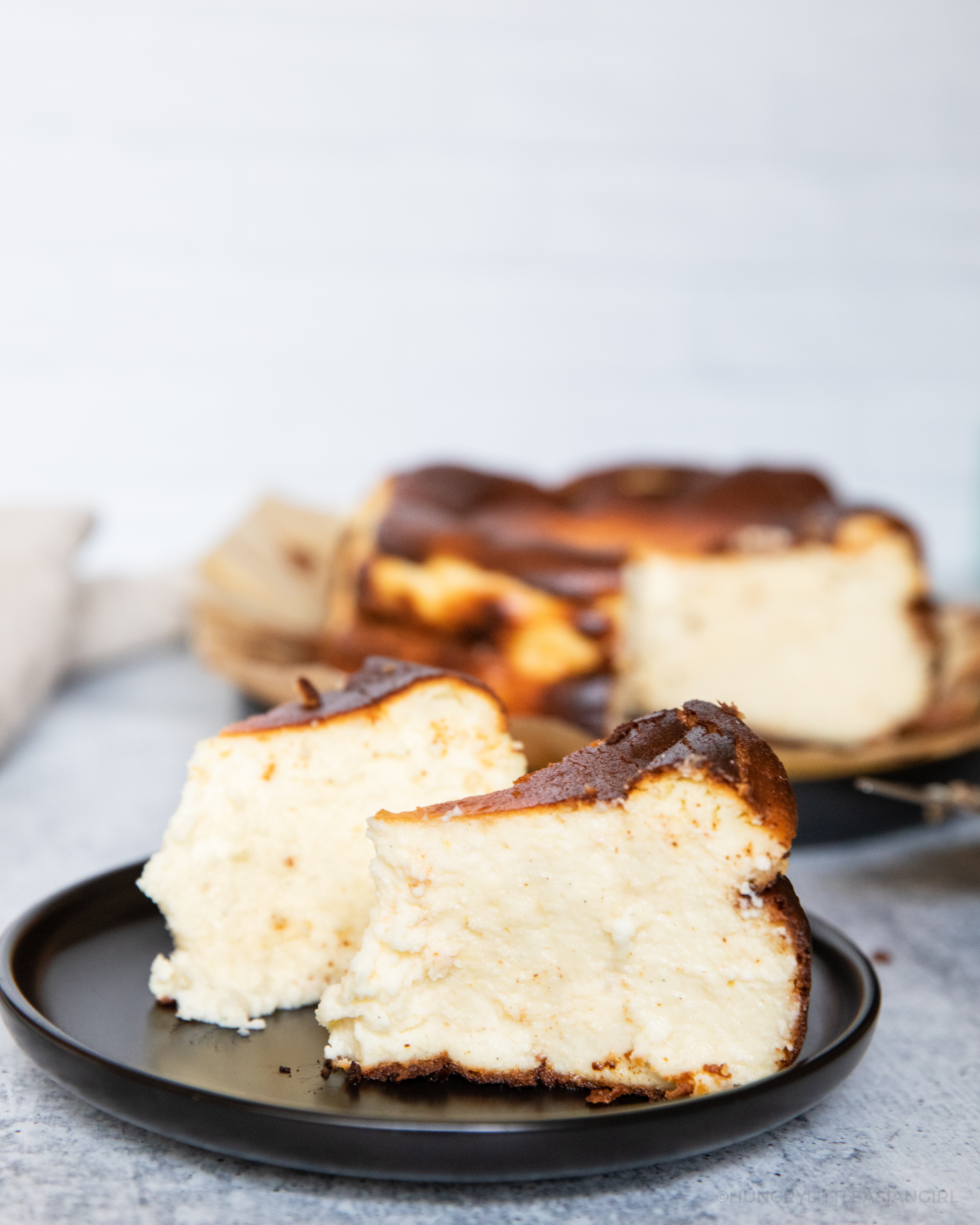 If you don't end up up finishing the entire thing after it sets, you should, of course, store it in the fridge. It should last 5 days. However, let it sit on the counter for 15 minutes after taking it out of the fridge before serving again.